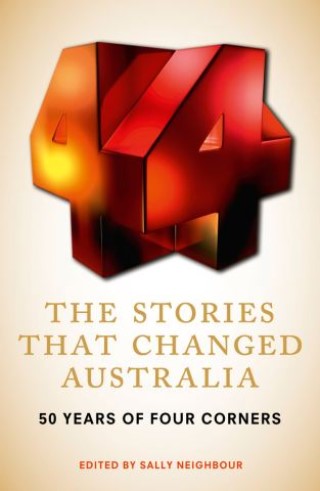 The Stories That Changed Australia

A landmark book written by household names in journalism, among them Kerry O'Brien, Chris Masters and Caroline Jones, this is the first book from FOUR CORNERS in 26 years and will be the must-have book for Fathers Day. In the fifty years it's been on air, Four Corners has broken more stories, triggered more headlines, generated more controversy and aired more high quality investigative journalism than any other program in Australia. In today's world of 24-hour news cycles it is an anachronism, "a television miracle" as Kerry O'Brien puts it in his introduction to this book. But when it first went to air, no-one expected it to last.Now to mark its 50th anniversary, many of the program's most renowned journalists and producers look back on their biggest stories - from war, famines, and terrorism to indigenous rights, reproductive rights, and corruption in all corners of the globe. they take readers through the dramas and intrigue involved in bringing stories which anger people in high places to air. they tell what happened away from the cameras as well as on, share moments of humour and pathos and reflect on the vital role played by the ABC's flagship news program.

Sally Neighbour: Investigative journalist Sally Neighbour has worked on several ABC television programs including Four Corners where she was most renowned for her story on the Bali bombers and the trail of terrorism through South East Asia. She is the author of In the Shadow of Swords (2004) and The Mother of Mohammed (2009).