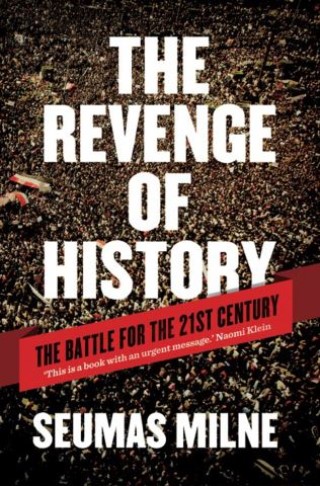 The Revenge of History

The Battle for the 21st Century

In 2001, Tony Blair declared that those who opposed the war on terror had been ‘proved wrong’ – along with critics of unfettered corporate power and free market capitalism. Ten years later, the critics have been comprehensively vindicated and the champions of the New World Order proved catastrophically wrong. The evidence on hand includes the disastrous occupations of Afghanistan and Iraq and the failure of an economic model that has brought the Western World to its knees. The Revenge of History is a powerful corrective to the discredited dominant account of the first decade of the twenty-first century. As Seumas Milne shows in a panoramic narrative that reaches from 9/11 to beyond the Arab uprisings, crisis and war have turned the orthodoxies of a generation on their head. The neoliberal market, hailed as the only economic option, crashed with devastating consequences; calamitous western military interventions demonstrated the limits of US global power; the rise of China challenged both; while Latin America has embraced social and economic alternatives that were said no longer to exist. In a culture dominated by eager apologists of power, Milne has consistently written against the grain. This book offers a compelling perspective on the convulsions that have brought us to today’s crisis and the shape of the emerging politics of the future – and an indictment of a global and corporate empire in decline.