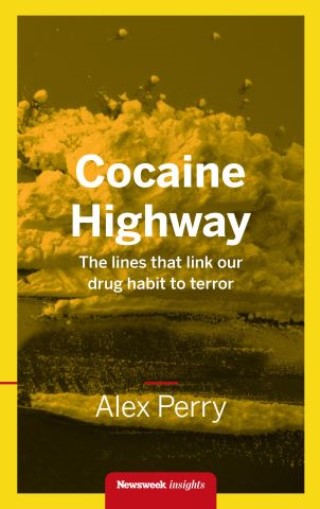 The lines that link our drug habit to terror

“The only reason I can write about any of this - how cocaine smuggling is ruining an area of Africa the size of Western Europe – is because I have agreed to identify almost no one who spoke to me.” In Cocaine Highway, Alex Perry lifts the lid on a problem few are willing to talk about: direct connections between the recreational drug habits of the relatively rich and privileged in Europe, and the Islamists who fund their war against the west by smuggling narcotics. He concludes that foreign interventions in Africa which wilfully ignore the connections between instability and cocaine, risk not only creating the conditions that inspire Islamic militancy, but funding it too.

Alex Perry: Alex Perry is an award-winning author, correspondent, and contributing editor to Newsweek Europe. He has reported from around 100 countries around the world and covered 35 wars. His latest book, The Rift: Stories from the New Africa, will be published worldwide in 2015. His previous books include Falling Off The Edge: Globalization, World Peace & Other Lies and Lifeblood: How to Change the World, One Dead Mosquito at a Time.