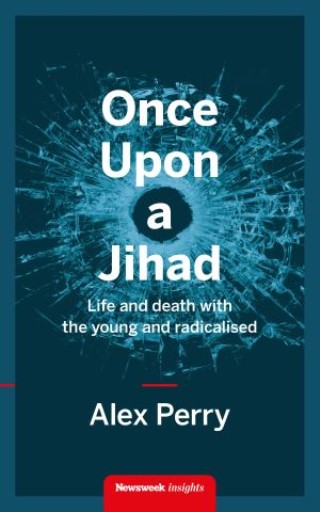 Once Upon a Jihad

Life and death with the young and radicalised

Published in the immediate aftermath of the Charlie Hebdo assassinations in Paris in January 2015, Alex Perry's latest book examines the the question of what it is that drives young people to reject the society in which they have lived and been educated, in the name of radical causes. Perry follows a group of young British muslims, radicalised through contacts made online, and shows how their normal teenage vulnerabilities are exploited with catastrophic consequences. A journey that begins at home with "looking the part" ends in martyrdom in a far away city. Perry shows how the binary positions adopted by jihadis and the countries increasingly frightened by them, have opened up a chasm of misunderstanding in which the truth has been lost. Both sides tell elaborate myths, about themselves and the world, which make any engagement with the other all but impossible. They speak past each other not with each other. Perry believes it is the purpose of all journalism to pierce the murk, expose the fantasists and elucidate some truth. Mostly that’s a fairly civilised process but, he points out, the Charlie Hebdo assassinations remind us of the seriousness of the task. Because stories can, and do, kill.

Alex Perry: Alex Perry is an award-winning author and correspondent, and a contributing editor to Newsweek. He has reported from around 100 countries around the world and covered 35 wars. His forthcoming book, The Rift: based on eight years reporting in Africa, will be published worldwide in 2015. His previous books include Falling Off The Edge: Globalization, World Peace and Other Lies and Lifeblood: How to Change the World, One Dead Mosquito at a Time. Alex's web site is at www.alex-perry.com