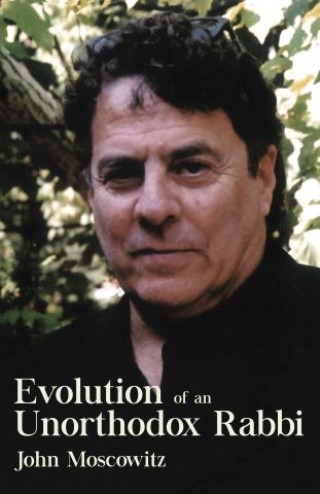 Evolution of an Unorthodox Rabbi

Prominent Canadian rabbi John Moscowitz charts the shifts in his views over the years — controversial for some, exciting for others — on the issues that matter most to Jews today.

John Moscowitz spent his early twenties as an anti-Vietnam War activist. Eventually dubious about the radical left and alive with love for Israel, he entered the rabbinical seminary in search of his own people. This set him on a path to becoming, as Senator Linda Frum put it, one of Toronto’s “most cherished and effective rabbis.”

In this book, John Moscowitz charts the shifts in his thinking on the charged matters among the Jews today: the viability of peace in the Middle East; how we misjudge the nature of evil; and, once having been exposed to the savannahs of East Africa, even the relationship between evolution and the Bible.

Part memoir, part social history, this book is a deep examination of a long personal journey, one travelled in public as a prominent rabbi. Along the way, it captures what unites and divides an ancient people today.

John Moscowitz, Rabbi Emeritus of Holy Blossom Temple in Toronto, served the congregation for twenty-five years, including twelve as its Senior Rabbi. He is a Senior Rabbinic Fellow at the Shalom Hartman Institute in Jerusalem, and is currently writing a book about his days as a young radical.