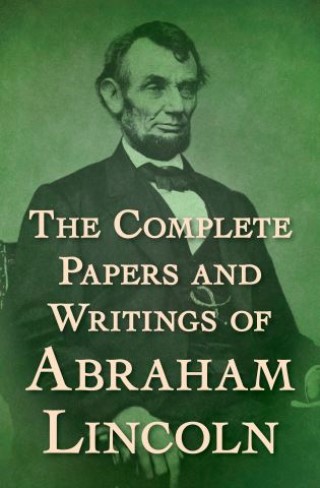 The Complete Papers and Writings of Abraham Lincoln

A complete documentary archive of Abraham Lincoln’s writings, from historic speeches to personal letters and telegrams.

Collected here are numerous documents written by Abraham Lincoln from 1832 to 1865, over the course of his long career as a lawyer, statesman, and president of the United States. From the man who led the nation through the Civil War and into its Reconstruction, Lincoln’s written statements—including the Emancipation Proclamation and the Gettysburg Address—are some of the most significant documents in American history. Included with these works are telegrams to politicians and wartime generals as well as personal letters discussing a range of topics, from youth and marriage to depression.

This extensive collection is not only an excellent documentary history of America’s greatest trial as a nation, but also an opportunity to enjoy the intellect and wit of one of America’s greatest orators. As Theodore Roosevelt says in his introductory comments, “Lincoln’s deeds and words are not only of consuming interest to the historian, but should be intimately known to every man engaged in the hard practical work of American political life.”

This ebook has been professionally proofread to ensure accuracy and readability on all devices.

Abraham Lincoln:
Abraham Lincoln (1809–1865) was the sixteenth president of the United States and a pioneer in abolishing slavery. Lincoln was born into poverty in Hardin County, Kentucky. As a young man, he fought in the Black Hawk War, during which he made strong political connections. In 1834, Lincoln was elected to the Illinois state legislature as a member of the Whig Party. He then devoted much of his time to studying law, which eventually led to his single term in the United States House of Representatives. In 1856, Lincoln joined the Republican Party, using his position as a platform to speak against slavery in the Confederacy. Four years later, he was elected president. The Civil War erupted shortly after. In 1862, Lincoln delivered his famous Emancipation Proclamation, successfully freeing slaves in the Confederacy. Lincoln penned many more speeches and essays, most famously his Gettysburg Address. John Wilkes Booth, a Confederacy sympathizer, assassinated Lincoln at the Ford’s Theatre in 1865.