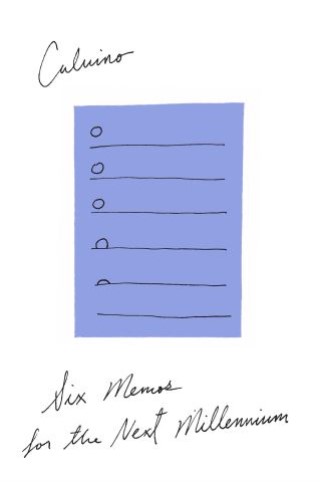 Six Memos for the Next Millennium

A collection of five lectures Italo Calvino was preparing to deliver at the time of his death, setting forth the qualities in writing he most valued, and which he believed would define literature in the century to come. Together, these "memos" form a stirring defense of literature and an indispensable guide to Calvino's own work.

Italo Calvino:
ITALO CALVINO (1923–1985) attained worldwide renown as one of the twentieth century’s greatest storytellers. Born in Cuba, he was raised in San Remo, Italy, and later lived in Turin, Paris, Rome, and elsewhere. Among his many works are Invisible Cities, If on a winter’s night a traveler, The Baron in the Trees, and other novels, as well as numerous collections of fiction, folktales, criticism, and essays. His works have been translated into dozens of languages.
GEOFFREY BROCK is an award-winning American poet and translator. His first book of poems, Weighing Light, received the New Criterion Poetry Prize in 2005. His awards include a Wallace Stegner fellowship from Stanford University, a poetry fellowship from the National Endowment for the Arts, a Guggenheim fellowship, and a Cullman Center fellowship from the New York Public Library. He is also a leading translator of Italian poetry and prose, having brought into English major works by Cesare Pavese, Umberto Eco, Roberto Calasso, and others.