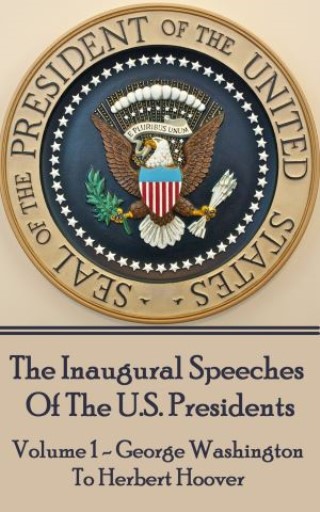 The United States of America prides itself on its pursuit of the American Dream. For many the pinnacle of this is elected office and the exhausting struggle in the race for the highest honour bestowed by the people; The Presidency. That elected official must then take office. His first act after being sworn in is his Inaugural Speech to the whole Nation; to bind supporter and opponent, friend or foe into one. In this he sets out his vision for his Presidency and the American Nation. The roll call below is a familiar list of famous names from Washington and Jefferson through Grant and Lincoln to Wilson and Hoover. Each man brought something individual to the office but for each it was a step into the unknown and whether greatness would follow and if the times themselves would be kind. To be able to read their visions one after the other in war and peace in good times and poor is illuminating. History would change each succeeding vision to its own will but these men did not lack for courage, ideas or hope.