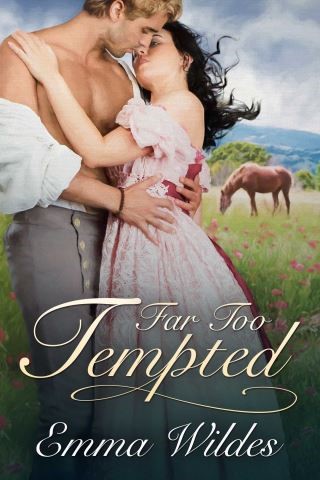 Once he broke her heart, but now he's wickedly tempted...

Alexander Ramsey, the youngest son of a duke, has returned to England with a barely healed wound and a war-torn heart. He hopes retiring to a life raising horses near his family's estate will bring him some peace. If only it was that easy. The girl he's done his best to forget has grown into an enticing woman. A woman who despises him, if their accidental encounter in his new house is any indication.

Jessica Roweland has no family, certainly no fortune, and to make matters worse—which hardly seems possible—the only home she has ever known has been sold to her despicable arch enemy. The man she once thought she loved. Caught alone in his presence, Jessica faces utter ruin as society begins to whisper over the incident. Unless she can restrain the urge to strangle him and marry him instead, she will be the subject of endless scorn and scandal.

Forced into marriage and called upon by the Crown to solve a series of murders, Alex accepts both task—the first, his very distinct pleasure. The second—a very difficult mission that will threaten both their lives.