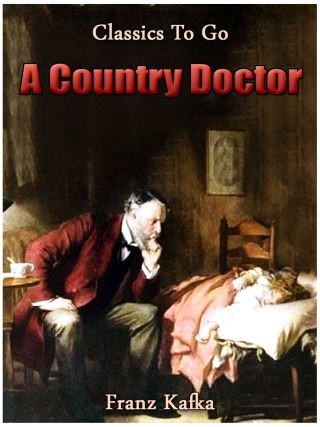 "A Country Doctor" is a short story written in 1919 by Franz Kafka. The plot follows a country doctor's hapless struggle to attend a sick young boy on a cold winter's night. A series of surreal events occur in the process, including the appearance of a mysterious groom in a pig shed. (Excerpt from Wikipedia)

Franz Kafka: Franz Kafka (3 July 1883 – 3 June 1924) was a German-speaking Bohemian novelist and short-story writer, widely regarded as one of the major figures of 20th-century literature. His work, which fuses elements of realism and the fantastic, typically features isolated protagonists facing bizarre or surrealistic predicaments and incomprehensible socio-bureaucratic powers, and has been interpreted as exploring themes of alienation, existential anxiety, guilt, and absurdity. (Wikipedia)