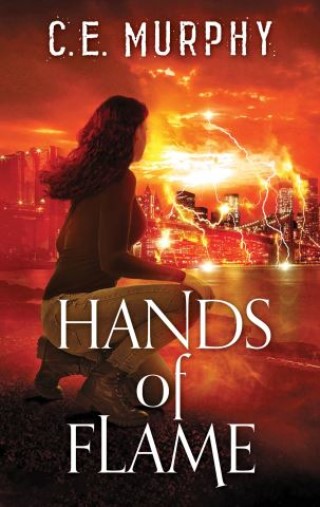 Return to the world of the Negotiator, in the final instalment of the acclaimed urban fantasy series by C.E. Murphy, perfect for fans of Charles de Lint and Jim Butcher.

War has erupted among the five Old Races, and Margrit is responsible for the death that caused it. Now New York City’s most unusual lawyer finds herself facing her toughest negotiation yet. And with her gargoyle lover, Alban, taken prisoner, Margrit’s only allies—a dragon bitter about his fall, a vampire determined to hold his standing at any cost and a mortal detective with no idea what he’s up against—have demands of their own.

Determined to rescue Alban and torn between conflicting loyalties as the battle seeps into the human world, Margrit soon realizes the only way out is through the fire…

C.E. Murphy: C.E. Murphy is the author of more than twenty books—along with a number of novellas and comics. Born in Alaska, currently living in Ireland, she does miss central heating, insulation and—sometimes--snow but through the wonders of the internet, her imagination and her close knit family, she’s never bored or lonely. While she does travel through time (sadly only forward, one second at a time) she can also be found online at www.cemurphy.net or @ce_murphy on Twitter