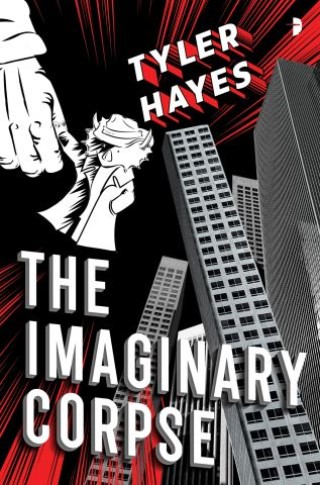 A dinosaur detective in the land of unwanted ideas battles trauma, anxiety, and the first serial killer of imaginary friends.

Most ideas fade away when we’re done with them. Some we love enough to become Real. But what about the ones we love, and walk away from?
Tippy the triceratops was once a little girl’s imaginary friend, a dinosaur detective who could help her make sense of the world. But when her father died, Tippy fell into the Stillreal, the underbelly of the Imagination, where discarded ideas go when they’re too Real to disappear. Now, he passes time doing detective work for other unwanted ideas – until Tippy runs into The Man in the Coat, a nightmare monster who can do the impossible: kill an idea permanently. Now Tippy must overcome his own trauma and solve the case, before there’s nothing left but imaginary corpses.

Tyler Hayes: TYLER HAYES is a science fiction and fantasy writer from Northern California. He writes stories he hopes will show people that not only are we not alone in this terrifying world, but we might just make things better. His fiction has appeared online and in print in anthologies from Alliteration Ink, Graveside Tales, and Aetherwatch. The Imaginary Corpse is Tyler's debut novel.