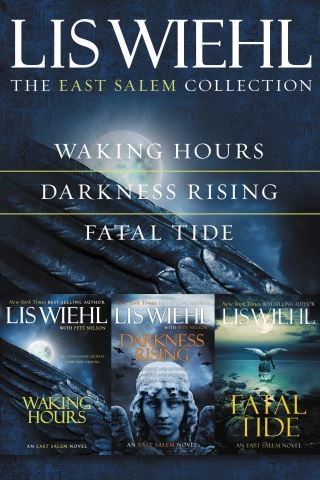 All three novels from Lis Wiehl's supernatural mystery series are now available in one collection!

“This smart, spooky, high-stakes mystery engaged my mind and my spirit. Tommy and Dani’s battle against the seen and unseen forces rising in East Salem has only just begun, but I’m fully invested in their journey.” —Erin Healy, bestselling author of Motherless and The Baker’s Wife

Welcome to East Salem. A deceptively sleepy town where ancient supernatural forces are being awakened.

A local high-school girl is found murdered in a park amid horse farms and the wealthy homes of northern Westchester County, New York. The shocking manner of her death intrigues forensic psychiatrist Dani Harris. All the suspects are teenagers who were at a party with the girl—yet none remembers what happened. Could one of them be a vicious killer? Or is something more sinister afoot—something tied to an ancient evil?

The evil in East Salem is no longer content to hide in the shadows. The stakes—and the darkness—are rising.

Dani Harris thought there wasn’t much left that could surprise her after serving as a forensic psychiatrist in East Salem. And Tommy Gunderson has faced few challenges in his life that he couldn’t overcome by either physical strength or his celebrity status. But as they race to uncover what’s really happening behind the high walls of St. Adrian’s Academy, it becomes clear that supernatural forces have been at work here for generations. And now their focus is on making sure Dani and Tommy don’t interfere.

In East Salem, the elite St. Adrian’s Academy is at the nexus of a satanic apocalypse—and the fatal tide is rising.

When Hieronymus Bosch’s Garden of Earthly Delights is reunited with the pagans who commissioned it, a dark prophecy begins to unfold in East Salem, beginning with a savage double-murder by hellish creatures straight out of the painting itself. The lone survivor of the attack, a seventeen-year-old Brit, finds sanctuary at Tommy Gunderson’s home—and the place is soon surrounded by demons who seem to be biding their time . . . but for how long?

“A gripping plot, intriguing characters, supernatural underpinnings, and a splash of romance make Waking Hours a fast-paced and thoroughly enjoyable read. I want the next book in the series now!” —James L. Rubart, bestselling author of The Man He Never Wasand Rooms

Lis Wiehl is the former legal analyst for Fox News and the O’Reilly Factor and has appeared regularly on Your World with Neil Cavuto, Lou Dobbs Tonight, and the Imus morning shows. The co-host of WOR radio's “WOR Tonight with Joe Concha and Lis Wiehl”, she has served as legal analyst and reporter for NBC News and NPR’s All Things Considered, as a federal prosecutor in the United States Attorney’s office, and was a tenured professor of law at the University of Washington. She lives near New York City.