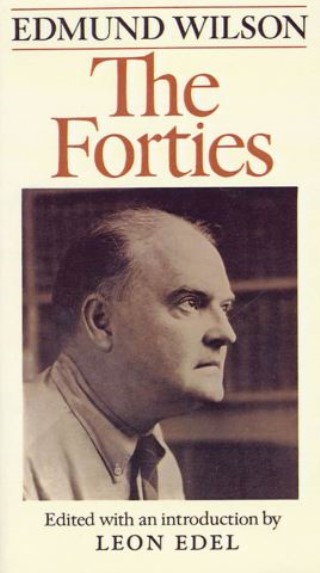 From Notebooks and Diaries of the Period

From one of the greatest literary critics of the twentieth century, this installment of Edmund Wilson’s private notebooks covers the years of the 1940s, providing a rich lens into the writer’s life and the world at large.

Wilson turned forty-five in 1940, and this volume The Forties: From Notebooks & Diaries of the Period shows the extent to which he was reappraising his life in the decade to follow - saying goodbye to the drifting of the 1920s and the Marxism of the 1930s.

Published posthumously and edited by Leon Edel, The Forties includes observations on his increasingly complicated family matters and covers appreciatively writers like Andre Malraux, W. H. Auden, and Max Beerbohm, as well as entries from his research and travels.

"We can see the beginnings of the masterly work of Wilson's later years, the studies of the American literary and mythic past on which his reputation will surely rest." Jonathan Yardley, The Washington Post on The Forties

Edmund Wilson: Edmund Wilson (1895-1972) was a novelist, memoirist, playwright, journalist, poet, and editor but it is as a literary critic that he is most highly regarded. His more than twenty books include Axel’s Castle, Patriotic Gore, To the Finland Station, and Memoirs of Hecate County