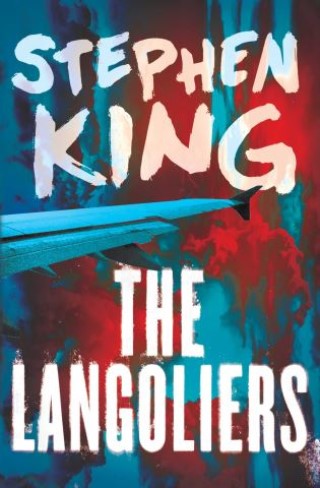 Stephen King’s unforgettable novella—first included in his 1990, award-winning collection Four Past Midnight and made into a highly acclaimed miniseries—about a terrifying plane ride into a most unfriendly sky.

On a cross-country, redeye flight from Los Angeles to Boston, ten passengers awaken in Bangor, Maine, to find that the crew and most of their fellow passengers have disappeared. The airport shows no signs of life. Yet they hear “radio static” in the distance. Craig Toomey, an irritable investment banker on the verge of a breakdown, believes it is “The Langoliers,” monsters he was afraid of as a child who attack those who waste time. It’s mystery author Bob Jenkins who first theorizes that they have flown through a time rip. Bob declares they have entered a place that forbids time travelers to observe or interfere with past events. It turns out that Craig is right, in a way. Two creatures, followed by hundreds more, emerge from the forest and head for the plane, consuming everything in their path. Can the survivors manage to fly the plane back to Los Angeles, back to the correct time, before The Langoliers succeed in their deadly mission to destroy the plane and the world? Dinah Bellman, the young blind girl whose aunt did not survive the time rip, has the greatest insight of all.

A spine-tingling, propulsive novella, The Langoliers is a brilliant read from the masterful Stephen King.

Stephen King: Stephen King is the author of more than sixty books, all of them worldwide bestsellers. His recent work includes The Institute, Elevation, The Outsider, Sleeping Beauties (cowritten with his son Owen King), and the Bill Hodges trilogy: End of Watch, Finders Keepers, and Mr. Mercedes (an Edgar Award winner for Best Novel and an AT&T Audience Network original television series). His novel 11/22/63 was named a top ten book of 2011 by The New York Times Book Review and won the Los Angeles Times Book Prize for Mystery/Thriller. His epic works The Dark Tower, It, Pet Sematary, and Doctor Sleep are the basis for major motion pictures, with It now the highest grossing horror film of all time. He is the recipient of the 2018 PEN America Literary Service Award, the 2014 National Medal of Arts, and the 2003 National Book Foundation Medal for Distinguished Contribution to American Letters. He lives in Bangor, Maine, with his wife, novelist Tabitha King.