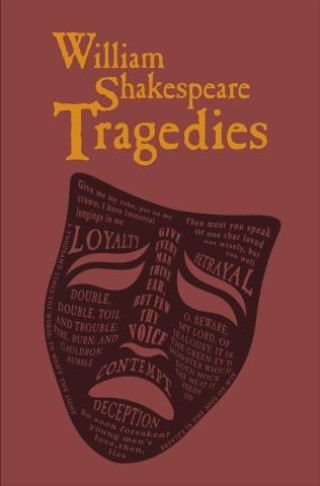 Twelve of Shakespeare’s most profound and moving dramas in one elegant volume.

William Shakespeare’s tragedies introduced the world to some of the most well-known characters in literature, including Romeo, Juliet, Macbeth, Hamlet, King Lear, and Othello. This handsome Word Cloud volume includes all twelve works from the First Folio that are commonly classified as tragedies—but the feelings that Shakespeare’s words can evoke range across the spectrum of human emotion.

William Shakespeare: Born in 1564 in Stratford-upon-Avon, Warwickshire, England, William Shakespeare is widely regarded as the greatest writer and playwright in the English language. In 1594 he founded the acting company the Lord Chamberlain's Men, later the King's Men, in London. He died in 1616.