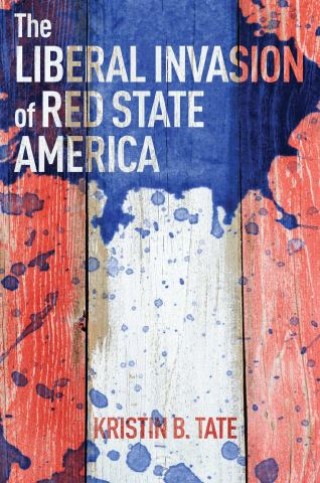 Refugees from high-tax Massachusetts turned New Hampshire blue. Democratic voters from Yankee states are swamping Tennessee and Georgia. Government employees and refugees from Maryland have turned Virginia from a conservative Southern state into left-leaning Democrat territory. Escapees from California have transformed Colorado, and they’re aiming for Texas next.

One state after another is turning from red to purple to blue. America is being radically changes by people leaving blue states for better living conditions and opportunities in red states—only to import to their new homes the very policies that created the misery they fled from in the first place.

The direction of the change is undeniable:

• From 2008-2018, Houston's population surged more than 15 percent, and the top metro areas of origin for those new Texas residents were Los Angeles, New York, and Chicago

• Migration from blue states is changing the Texas electorate: between 2010 and 2018, votes for Democrats went up 50 percent, while Republican votes increased by just 10 percent

• Boom is turning to bust in cities like Denver, as hip blue state refugees to red states raise the cost of living by voting in liberal policies

The liberal invasion of the conservative states is having major impacts on our elections, our economy, and our standard of living. And yet few Americans are even aware of the trend, and fewer still have any idea of the significant implications for the future of the United States.

Now, in The Liberal Invasion of Red State America, indefatigable reporter Kristin Tate delves into the data, lays out the astonishing statistics, and explores the likely consequences of this under-the-radar trend. If you want to understand the movement that is reshaping our country, read this groundbreaking book.

Kristin B. Tate: Kristin B. Tate is a Robert Novak Journalism Fellow and an analyst for Young Americans for Liberty. Her influential column for The Hill newspaper is featured regularly on RealClearPolitics, the Drudge Report, and national cable news networks.