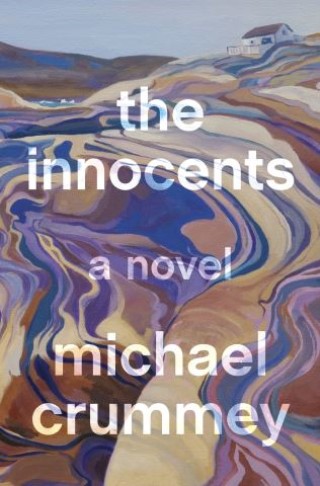 People Magazine Book of the Week

From prizewinning author Michael Crummey comes a spellbinding story of survival in which a brother and sister confront the limits of human endurance and their own capacity for loyalty and forgiveness.

A brother and sister are orphaned in an isolated cove on Newfoundland's northern coastline. Their home is a stretch of rocky shore governed by the feral ocean, by a relentless pendulum of abundance and murderous scarcity. Still children with only the barest notion of the outside world, they have nothing but the family's boat and the little knowledge passed on haphazardly by their mother and father to keep them.

Muddling though the severe round of the seasons, through years of meagre catches and storms and ravaging illness, it is their fierce loyalty to each other that motivates and sustains them. But as seasons pass and they wade deeper into the mystery of their own natures, even that loyalty will be tested.

The Innocents is richly imagined and compulsively readable, a riveting story of hardship and survival, and an unflinching exploration of the bond between brother and sister. By turns electrifying and heartbreaking, it is a testament to the bounty and barbarity of the world, to the wonders and strangeness of our individual selves.

Michael Crummey: MICHAEL CRUMMEY is an award-winning poet and storyteller. Crummey was born in Buchans, a mining town in the interior of Newfoundland. He is the bestselling author of four critically acclaimed novels, River Thieves, The Wreckage, Galore, and Sweetland, as well as five collections of poetry. His novels have won or been shortlisted for many prizes, including the Giller prize, the Governor-General's award, the Commonwealth Writers Prize and the IMPAC Award, and his books have sold over 225,000 copies in North America. He lives in St John's, Newfoundland.