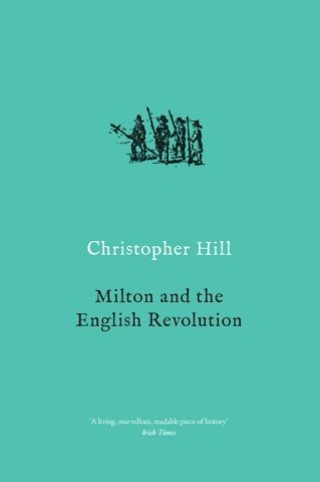 Milton and the English Revolution

In this remarkable book Christopher Hill used the learning gathered in a lifetime's study of seventeenth-century England to carry out a major reassessment of Milton as man, politician, poet, and religious thinker. The result is a Milton very different from most popular imagination: instead of a gloomy, sexless 'Puritan', we have a dashingly original thinker, branded with the contemporary reputation of a libertine.

For Hill, Milton is an author who found his real stimulus less in the literature of classical and times and more in the political and religious radicalism of his own day. Hill demonstrates, with originality, learning and insight, how Milton's political and religious predicament is reflected in his classic poetry, particularly 'Paradise Lost' and 'Samson Agonistes'.

Christopher Hill: Christopher Hill (1912-2003), born in York, was a historian and academic specializing in 17th century English history. As a young man he witnessed the growth of the Nazi party firsthand during a prolonged holiday in Germany, an experience he later said contributed to the radicalization of his politics. He was master of Balliol College, University of Oxford, his alma mater, from 1965 to 1978. His celebrated and influential works include Intellectual Origins of the English Revolution; The World Turned Upside Down; and A Turbulent, Seditious and Fractious People: John Bunyan and His Church.