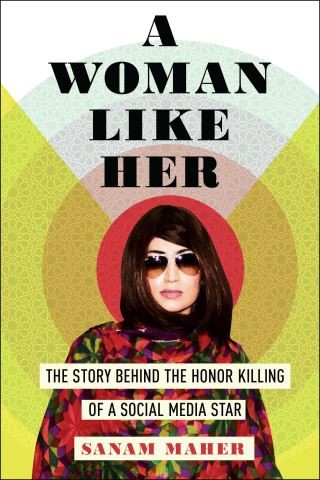 The Story Behind the Honor Killing of a Social Media Star

The murder of a Pakistani social media star exposes a culture divided between accelerating modernity and imposed traditional values—and the tragedy of those caught in the middle.

In 2016, Pakistan’s first social media celebrity, Qandeel Baloch, was murdered in a suspected honor killing. Her death quickly became a media sensation. It was both devastatingly routine and breathtakingly brutal, and in a new media landscape, it couldn’t be ignored.

Qandeel had courted attention and outrage with a talent for self-promotion that earned her comparisons to Kim Kardashian—and made her the constant victim of harassment and death threats. Social media and reality television exist uneasily alongside honor killings and forced marriages in a rapidly, if unevenly, modernizing Pakistan, and Qandeel Baloch’s story became emblematic of the cultural divide.

In this definitive and up-to-date account, Sanam Maher reconstructs the story of Qandeel’s life and explores the depth and range of her legacy from her impoverished hometown rankled by her infamy, to the aspiring fashion models who follow her footsteps, to the Internet activists resisting the same vicious online misogyny she faced. Maher depicts a society at a crossroads, where women serve as an easy scapegoat for its anxieties and dislocations, and teases apart the intrigue and myth-making of the Qandeel Baloch story to restore the humanity of the woman at its center.

Sanam Maher: Sanam Maher is a journalist who writes about South Asian art and culture, business, politics, religious minorities and women. Her work has appeared in the New York Times, Al Jazeera, and Buzzfeed, among other places. A Woman Like Her is her first book.