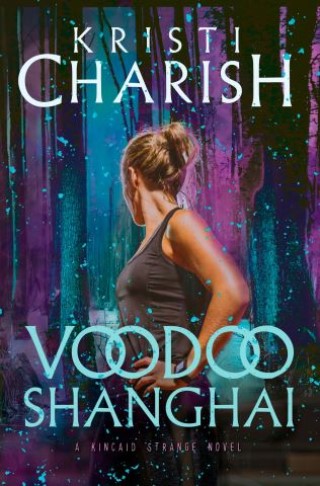 The third and final installment in Kristi Charish's thrilling urban fantasy series finds beloved heroine and voodoo practitioner Kincaid Strange shanghaied away from Seattle and pursuing the ghost of a serial killer in Portland.

Just when Kincaid Strange thinks her life is back on track and she's finally put her time as a paranormal practitioner with the Seattle PD to rest, her ex (and Seattle cop) Aaron asks her for help with yet another strange and ominous case. Martin Dane, the White Picket Fence Serial Killer who terrorized West Coast families living the suburban American dream, appears to be back at it with a fresh murder in Portland. There's only one problem: Dane has been dead for three weeks.
Kincaid can't resist a paranormal mystery. Despite her misgivings, she agrees to examine the Portland crime scene. What she discovers is a place of supernatural power unlike anywhere she's ever been--and the reason Aaron had been so tight-lipped about the case details. There's already a voodoo practitioner on the scene: Liam Sinclair, a TV celebrity of questionable talent and dubious intent.
Kincaid wants nothing more than to finish the job and retreat to Seattle, but the deeper she looks, the less the murder adds up. When she uncovers a much more sinister mystery--missing ghosts, scores of them, whom no one is looking for--there's no turning back.

Kristi Charish: KRISTI CHARISH has a background in archeology and a Ph.D. in zoology from the University of British Columbia. She is the author of the first two books in the Kincaid Strange series, The Voodoo Killings and Lipstick Voodoo, and the four books in the Owl series: Owl and the Tiger Thieves, Owl and the Electric Samurai, Owl and the Japanese Circus and Owl and the City of Angels. She has worked as a scientific adviser on projects such as fantasy and SF writer Diana Rowland's series White Trash Zombie. Kristi lives in Vancouver.