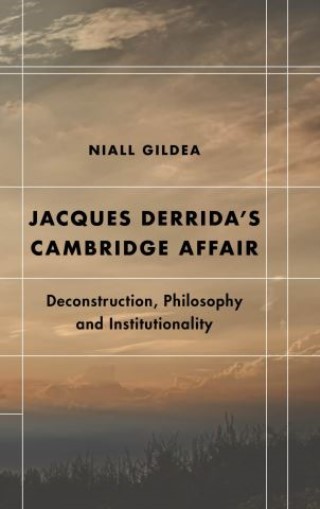 What is philosophy? A question often asked, but usually in an abstract or speculative way. Rarely do we find a case of ‘philosophy’ being determined in the real world.

However, at Cambridge in 1992, this is exactly what happened, as a debate took place over the merits, or otherwise, of awarding an Honorary Doctorate of Letters to the philosopher Jacques Derrida. Derrida’s supporters argued that his deconstruction of Western traditions of thinking ushered in an important new manner of doing philosophy; his detractors dismissed his work as charlatanism, philistinism – and non-philosophy.

As arguments raged over the validity of introducing the canon of Continental philosophy to the Humanities in British Higher Education – the so-called ‘Theory Wars’ – Derrida’s ‘Cambridge Affair’ focalized this decisive conflict more than anything else.

This is the first study of the Cambridge Affair. Drawing upon archival and unpublished material, little-known texts pertaining to the Affair, and Derrida’s own oeuvre, this original account offers an historical and philosophical reconstruction of this crucial debate, evaluating it against the body of work it put on trial.