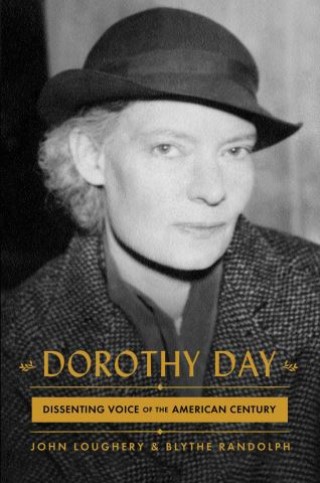 Dissenting Voice of the American Century

“[A] masterpiece.” —The Guardian

“A good biography holds your attention; a great one transcends its subject and sheds light on the myriad forces bearing down on an individual at a particular point in time. Dorothy Day belongs, luminously, to the second [category].” —Los Angeles Review of Books

“The authors render their subject in precise and meticulous detail, generating a vivid account of her political and religious development.” —The New York Times

“We can be grateful to Loughery and Randolph for reviving a voice for our times.” —Samantha Power, The Washington Post

“Magisterial and glorious...it may be that Mr. Loughery and Ms. Randolph have given us the definitive biography.” —Pittsburgh Post Gazette

After a middle-class Republican childhood and a few years as a Communist sympathizer, Dorothy Day converted to Catholicism and became an anomaly in American life for almost fifty years. As an orthodox Catholic, political radical, and a rebel who courted controversy, she attracted three generations of admirers. Day went to jail challenging the draft and the war in Vietnam. She was critical of capitalism and foreign policy, and as skeptical of modern liberalism as political conservatism.

Her protests began in 1917, leading to her arrest during the suffrage demonstration outside President Wilson’s White House. In 1940 she spoke in Congress against the draft and urged young men not to register. She frequented jail throughout the 1950s protesting the nuclear arms race. She told audiences in 1962 that President Kennedy was as much to blame for the Cuban missile crisis. She refused to hear any criticism of the pope, though she sparred with American bishops and priests who lived in well-appointed rectories and tolerated racial segregation in their parishes.

Dorothy Day is the exceptional biography of a dedicated modern-day pacifist, the most outspoken advocate for the poor, and a lifelong anarchist. This definitive and insightful account explores the influence this controversial and yet “sainted” woman still has today.

John Loughery: John Loughery is the author of three previous books, Alias S. S. Van Dine; John Sloan: Painter and Rebel; and The Other Side of Silence: Men’s Lives and Gay Identities, a Twentieth Century History, the last two of which were New York Times Notable Books. His biography of John Sloan was a finalist for the Pulitzer Prize in Biography. He lives in New York.Blythe Randolph is a native of Richmond, Virginia. She is the author of previous biographies of Amelia Earhart and of Charles Lindbergh. She lives in Atlanta, Georgia with her husband and three rescue dogs.