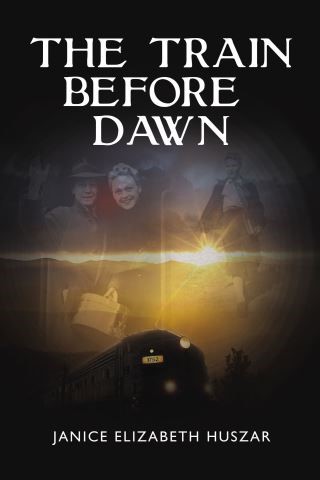 The Train Before Dawn

No one seemed to notice. Or if they did, it was the cuteness: bangs and big brown eyes speckled with gold when the sun hit. Johnny wasn’t very tall at age 5 when his life on the streets began, so crowds, sometimes reckless, passed without even seeing the child. They couldn’t know he was an orphan, hungry, living alone, frightened, feeling physical pain from his loss and abandonment; that he slept on a cot in a fetal position covered only by sheets. They were his shield against evil, and he managed heroically to endure daily misery with its terrifying bedtime.

The last time he saw his mother she was sleeping in a box by the window in the parlor with tape across her mouth. When Johnny understood it was forever, he relied on happy memories to help his sadness; an outdoor birthday party, mama swirling around with flowers in her hair like a princess in a book, dancing, playing with the little children, pouring lemonade. Oh, how he adored his sweet mother. He loved his backyard too; the grapevines so good for hide and seek, the honeysuckle, the apple tree, even though mama said it was sick and don’t eat any. Then papa, whom he also revered, stole him away from his bed just before dawn so his aunts wouldn’t see, and hurried along the river toward the train, mostly with Johnny in his arms. Where better to hide his child than behind the fun and fantasy of Coney Island? It promised a new life of joy and healing of sorrow. But Johnny longed for the familial embrace.

“Try a little mustard on it,” says Abe, the gray-bearded hot dog vendor, to the boy he had seen walking wearily the streets and midways of the famous amusement park. Mr. Abe becomes Johnny’s best friend on the street, sage with a soft heart. Truant but innocent, the child is eager for knowledge: first learning to read from discarded newspapers and comic books. Eating from generosity and sleeping in fear, Johnny exists with unusual dignity. His friends, carnival workers and a neighbor family, and of course, Abe, are reticent to report the extended absences of the father, afraid Johnny will be taken into custody.

Suffering is a way of life for Johnny, even when living in the thought-to-be safety of the boys’ orphanage in upstate New York. He would spend years from age 8 to high school graduation but not without harm. Yet John forgave the headmaster and his wife as he’d been taught by his true Master. As God watched over John, seeing him become a righteous young man, surely, he remembered crafting Eve for lonely Adam. Might it now be time for a comforting romantic intervention?

Accolades follow everything Jan writes.  From science to romance she turns bland into beauty. An English professor stated she wrote in the same rhythm as William Shakespeare.  It was an honor when Rick Warren, author of A Purpose Driven Life, asked for permission to use her article on his website.