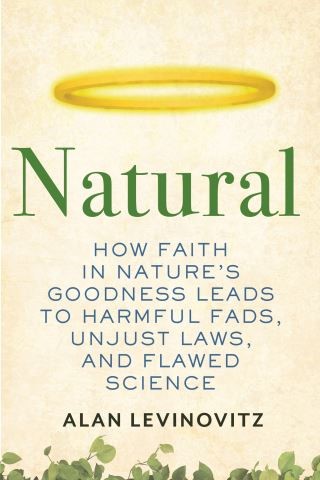 Illuminates the far-reaching harms of believing that natural means “good,” from misinformation about health choices to justifications for sexism, racism, and flawed economic policies.

People love what’s natural: it’s the best way to eat, the best way to parent, even the best way to act—naturally, just as nature intended. Appeals to the wisdom of nature are among the most powerful arguments in the history of human thought. Yet Nature (with a capital N) and natural goodness are not objective or scientific. In this groundbreaking book, scholar of religion Alan Levinovitz demonstrates that these beliefs are actually religious and highlights the many dangers of substituting simple myths for complicated realities. It may not seem like a problem when it comes to paying a premium for organic food. But what about condemnations of “unnatural” sexual activity? The guilt that attends not having a “natural” birth? Economic deregulation justified by the inherent goodness of “natural” markets?

In Natural, readers embark on an epic journey, from Peruvian rainforests to the backcountry in Yellowstone Park, from a “natural” bodybuilding competition to a “natural” cancer-curing clinic. The result is an essential new perspective that shatters faith in Nature’s goodness and points to a better alternative. We can love nature without worshipping it, and we can work toward a better world with humility and dialogue rather than taboos and zealotry.

Alan Levinovitz: Alan Levinovitz is associate professor of religious studies at James Madison University. In addition to academic journals, his writing has appeared in Wired, the Washington Post, the Atlantic, Aeon, Vox, Slate, and elsewhere. Connect with him on Twitter at @AlanLevinovitz.