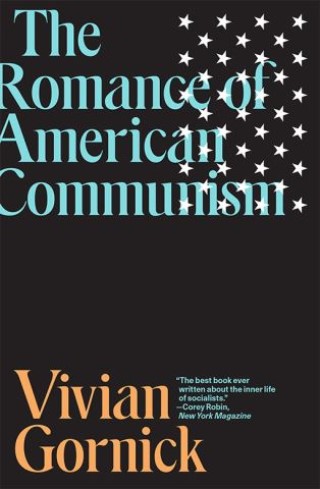 The Romance of American Communism

“Before I knew that I was Jewish or a girl I knew that I was a member of the working class.” So begins Vivian Gornick’s exploration of how the world of socialists, communists, and progressives in the 1940s and 1950s created a rich, diverse world where ordinary men and women felt their lives connected to a larger human project.

Now back in print after its initial publication in 1977 and with a new introduction by the author, The Romance of American Communism is a landmark work of new journalism, profiling American Communist Party members and fellow travelers as they joined the Party, lived within its orbit, and left in disillusionment and disappointment as Stalin’s crimes became public.

Vivian Gornick: Vivian Gornick is a writer and critic whose work has received two National Book Critics Circle Award nominations and been collected in The Best American Essays 2014. Growing up in the Bronx amongst communists and socialists, Gornick became a legendary writer for Village Voice, chronicling the emergence of the feminist movement in the 1970s. Her works include the memoirs Fierce Attachments (1987) and The Odd Woman and the City (2015) and the classic text on writing, The Situation and the Story.