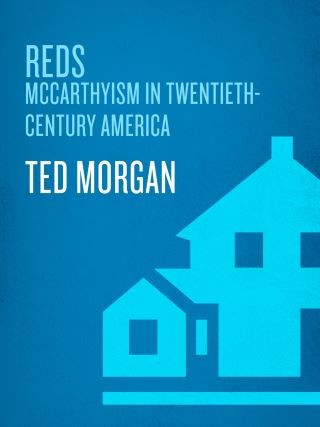 In this landmark work, Pulitzer Prize–winning author Ted Morgan examines the McCarthyite strain in American politics, from its origins in the period that followed the Bolshevik Revolution to the present. Morgan argues that Senator Joseph McCarthy did not emerge in a vacuum—he was, rather, the most prominent in a long line of men who exploited the issue of Communism for political advantage.

In 1918, America invaded Russia in an attempt at regime change. Meanwhile, on the home front, the first of many congressional investigations of Communism was conducted. Anarchist bombs exploded from coast to coast, leading to the political repression of the Red Scare.

Soviet subversion and espionage in the United States began in 1920, under the cover of a trade mission. Franklin Delano Roosevelt granted the Soviets diplomatic recognition in 1933, which gave them an opportunity to expand their spy networks by using their embassy and consulates as espionage hubs. Simultaneously, the American Communist Party provided a recruitment pool for homegrown spies. Martin Dies, Jr., the first congressman to make his name as a Red hunter, developed solid information on Communist subversion through his Un-American Activities Committee. However, its hearings were marred by partisan attacks on the New Deal, presaging McCarthy.

The most pervasive period of Soviet espionage came during World War II, when Russia, as an ally of the United States, received military equipment financed under the policy of lend-lease. It was then that highly placed spies operated inside the U.S. government and in America’s nuclear facilities. Thanks to the Venona transcripts of KGB cable traffic, we now have a detailed account of wartime Soviet espionage, down to the marital problems of Soviet spies and the KGB’s abject efforts to capture deserting Soviet seamen on American soil.

During the Truman years, Soviet espionage was in disarray following the defections of Elizabeth Bentley and Igor Gouzenko. The American Communist Party was much diminished by a number of measures, including its expulsion from the labor unions, the prosecution of its leaders under the Smith Act, and the weeding out, under Truman’s loyalty program, of subversives in government. As Morgan persuasively establishes, by the time McCarthy exploited the Red issue in 1950, the battle against Communists had been all but won by the Truman administration.

In this bold narrative history, Ted Morgan analyzes the paradoxical culture of fear that seized a nation at the height of its power. Using Joseph McCarthy’s previously unavailable private papers and recently released transcripts of closed hearings of McCarthy’s investigations subcommittee, Morgan provides many new insights into the notorious Red hunter’s methods and motives.

Full of drama and intrigue, finely etched portraits, and political revelations, Reds brings to life a critical period in American history that has profound relevance to our own time.

Ted Morgan: Ted Morgan is the author of FDR; Churchill, a finalist for the Pulitzer Prize; Somerset Maugham, a finalist for the National Book Award; and two epic narrative histories of America, Wilderness at Dawn: The Settling of the North American Continent and A Shovel of Stars: The Making of the American West—1800 to the Present. He lives in New York.