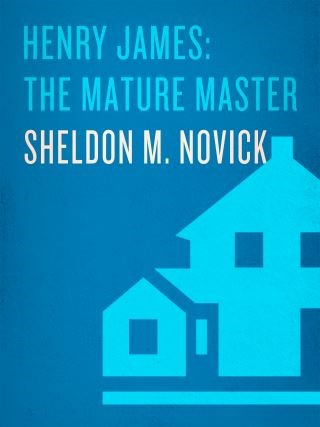 The New York Times compared Sheldon M. Novick’s Henry James: The Young Master to “a movie of James’s life, as it unfolds, moment to moment, lending the book a powerful immediacy.” Now, in Henry James: The Mature Master, Novick completes his super, revelatory two-volume account of one of the world’s most gifted and least understood authors, and of a vanished world of aristocrats and commoners.

Using hundreds of letters only recently made available and taking a fresh look at primary materials, Novick reveals a man utterly unlike the passive, repressed, and privileged observer painted by other biographers. Henry James is seen anew, as a passionate and engaged man of his times, driven to achieve greatness and fame, drawn to the company of other men, able to write with sensitivity about women as he shared their experiences of love and family responsibility.

James, age thirty-eight as the volume begins, basking in the success of his first major novel, The Portrait of a Lady, is a literary lion in danger of being submerged by celebrity. As his finances ebb and flow he turns to the more lucrative world of the stage–with far more success than he has generally been credited with. Ironically, while struggling to excel in the theatre, James writes such prose masterpieces as The Wings of the Dove and The Golden Bowl.

Through an astonishingly prolific life, James still finds time for profound friendships and intense rivalries. Henry James: The Mature Master features vivid new portraits of James’s famous peers, including Edith Wharton, Oscar Wilde, and Robert Louis Stevenson; his close and loving siblings Alice and William; and the many compelling young men, among them Hugh Walpole and Howard Sturgis, with whom James exchanges professions of love and among whom he thrives. We see a master converting the materials of an active life into great art.

Here, too, as one century ends and another begins, is James’s participation in the public events of his native America and adopted England. As the still-feudal European world is shaken by democracy and as America sees itself endangered by a wave of Jewish and Italian immigrants, a troubled James wrestles with his own racial prejudices and his desire for justice. With the coming of world war all other considerations are set aside, and James enlists in the cause of civilization, leaving his greatest final works unwritten.

Hailed as a genius and a warm and charitable man–and derided by enemies as false, effeminate, and self-infatuated–Henry James emerges here as a major and complex figure, a determined and ambitious artist who was planning a new novel even on his deathbed. In Henry James: The Mature Master, he is at last seen in full; along with its predecessor volume, this book is bound to become the definitive biography.

NOTE: This edition does not include a photo insert.