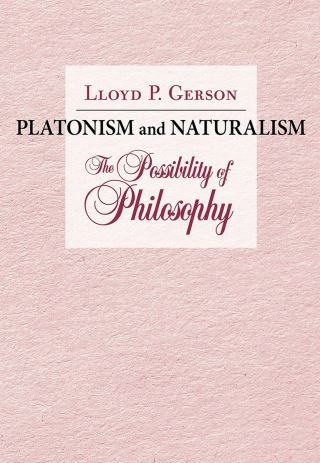 The Possibility of Philosophy

In his third and concluding volume, Lloyd P. Gerson presents an innovative account of Platonism, the central tradition in the history of philosophy, in conjunction with Naturalism, the "anti-Platonism" in antiquity and contemporary philosophy.

Gerson contends that Platonism identifies philosophy with a distinct subject matter, namely, the intelligible world and seeks to show that the Naturalist rejection of Platonism entails the elimination of a distinct subject matter for philosophy. Thus, the possibility of philosophy depends on the truth of Platonism. From Aristotle to Plotinus to Proclus, Gerson clearly links the construction of the Platonic system well beyond simply Plato's dialogues, providing strong evidence of the vast impact of Platonism on philosophy throughout history. Platonism and Naturalism concludes that attempts to seek a rapprochement between Platonism and Naturalism are unstable and likely indefensible.