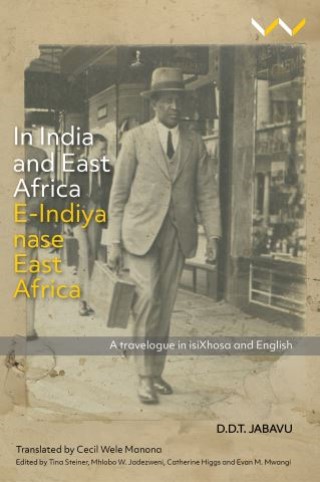 A travelogue in isiXhosa and English

In November 1949 D.D.T. Jabavu, the South African politician and professor of African languages at Fort Hare University, set out on a four-month trip to attend the World Pacifist Meeting in India. He wrote an isiXhosa account of his journey which was published in 1951 by Lovedale Press. This new edition republishes the travelogue in the original isiXhosa, with an English translation by the late anthropologist Cecil Wele Manona. The travelogue contains reflections on Jabavu’s social interactions during his travels, and on the conference itself, where he considered what lessons Gandhian principles might yield for South Africans engaged in struggles for freedom and dignity. His commentary on non-violent resistance, and on the dangers of nationalism and racism, enriches the existing archive of intellectual exchanges between Africa and India from a black South African perspective. The volume includes chapters by the editors that examine the networks of international solidarity – from post-independence India to the anti-colonial struggle in East Africa and the American civil rights movement – which Jabavu helped to strengthen, biographical sketches of Jabavu and of Manona, and an afterword that reflects on the historical and political significance of making African-language texts available to readers across Africa.