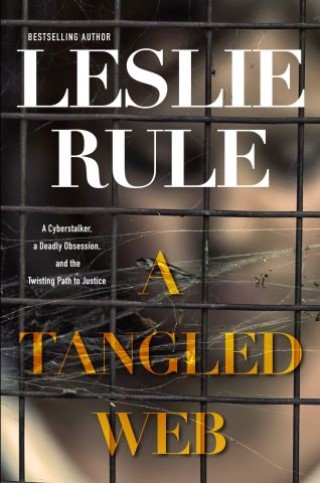 A Cyberstalker, a Deadly Obsession, and the Twisting Path to Justice.

In the tradition of her acclaimed mother, Ann Rule, author of The Stranger Beside Me, bestselling author Leslie Rule delivers a riveting true story for our time—as she exposes the years-long trail of a sadistic sociopath, identity thief, and killer at the dark heart of a real-life fatal attraction . . .

It was a bleak November in 2012 when Cari Lea Farver vanished from Omaha, Nebraska.  Cari, thirty-seven, was a devoted mother, reliable employee, and loyal friend—not the type to shirk responsibilities, abandon her son, and run off on an adventure while her dying father took his last breaths.  Yet, the many texts from her phone indicated she had done just that.

It appeared that Cari had dumped her new boyfriend, quit her job, and relinquished custody of her son to her mother—all by text.  While Cari’s boyfriend, Dave Kroupa, and her supervisor were bewildered by her abrupt disappearance, they accepted the texts at face value.  Her mother, Nancy Raney, however, was alarmed and reported Cari missing.  Police were skeptical of her claims that a cyber impostor had commandeered her daughter’s phone and online identity.

While Nancy was afraid for Cari, Dave Kroupa was growing afraid of her, for he believed Cari was stalking him.  Never seen or heard, the stalker was aware of his every move and seemed obsessed with his casual girlfriend, Shanna “Liz” Golyar, often calling her “a fat whore” in the twelve thousand emails and texts he received in a disturbing three-year deluge.

How did the stalker know Dave’s phone numbers immediately after he changed them, the names of his lady friends, even what he wore as he watched TV? He and Liz reported death threats, vandalism, and burglaries, but the stalker remained at large.  The threats were vicious, vile and often obscene, sent mostly via text and always in Cari’s name.  There was some truth in the messages, but all of them contained one big lie.  The culprit was not Cari, but had killed and planned to kill again.

With mesmerizing detail and compelling narrative skill, Leslie Rule tracks every step of the heart-pounding path to long-awaited justice—from a sociopath’s twisted past to the deadly deception and the high-tech forensics that condemned the killer to prison.