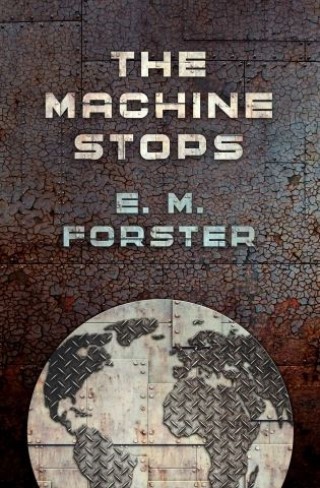 A prophetic story about social isolation and dependence on technology written over a century ago by the Nobel Prize–nominated author.

In a future version of planet Earth, most of the human population doesn’t venture above ground. Rarely do they even leave their own rooms, in which all of their needs are met by the Machine.

The Machine allows the humans to communicate “ideas” with one another, which is essentially their only activity. It doesn’t stop them from leaving their rooms, but they have little desire to do so anyway. They’ve started to believe the Machine is omnipotent and omniscient, not to be questioned. And when it begins to malfunction, they trust that it knows what it’s doing—forgetting they invented it in the first place . . .

From the author of A Passage to India, A Room with a View, and other classic novels, and a sixteen-time nominee for the Nobel Prize in Literature, this remarkable science fiction story, which was included in a Science Fiction Hall of Fame anthology, was published in 1909—yet becomes more relevant and thought-provoking with each passing day of the twenty-first century.

E. M. Forster:
Edward Morgan Forster (1879–1970) was born in London and attended the Tonbridge School and King’s College, Cambridge. A substantial inheritance from his aunt gave Forster the freedom to pursue a literary career and travel extensively, and he wrote some of the finest novels of the twentieth century, including A Room with a View, A Passage to India, and Howards End. Queen Elizabeth II awarded him the Order of Merit in 1969.