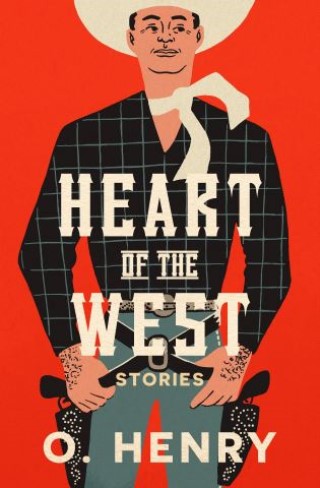 Heart of the West

America’s most popular short story writer saddles up and heads west in nineteen frontier-themed tales, including “The Caballero’s Way.”

Known for his surprise endings, O. Henry turns his attention to the American West in tales of lawmen and outlaws, cowboys and prairie princesses—running the gamut from laugh-out-loud humor to tear-jerking pathos.

“The most memorable stories from this collection are both a bit different from the rest. ‘The Sphinx Apple’ is the one story that does not seem pat or easy; here the last few paragraphs put a dead end to the fanciful flights of the rest of the story, and silences all the characters with delicate irony. ‘The Caballero’s Way’ is grand-opera tragedy, complete with love, betrayal, and revenge. . . . They are all written with wit, love, and that little bit of wisdom that makes you love the vagaries of humanity . . . even the most sentimental ones.” —Vintage Novels

O. Henry:
O. Henry (1862–1910) was the pseudonym of American author William Sidney Porter. Arrested for embezzlement in 1895, he escaped the police and fled to Honduras, where he wrote Cabbages and Kings (1904). On his return to the United States, he was caught, and served three years before being released. He became one of the most popular short story authors in history, known for his wit, surprise endings, and relatable, everyman characters.