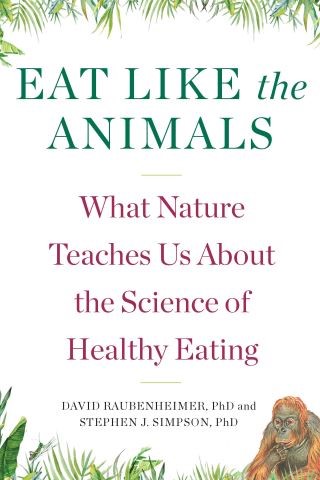 What Nature Teaches Us About the Science of Healthy Eating

What drives the human appetite? Two leading scientists share their cutting-edge research to show how we can gain control over what, when, and how much we eat.

David Raubenheimer:
DAVID RAUBENHEIMER PhD, is the Leonard P. Ullman Professor of Nutritional Ecology in the School of Life and Environmental Sciences, and Nutrition Theme Leader in the Charles Perkins Centre, at the University of Sydney. He lectures extensively at universities and conferences around the world. He co-wrote The Nature of Nutrition: A Unifying Framework from Animal Adaptation to Human Obesity with Stephen J. Simpson. He lives in Sydney, Australia.
STEPHEN J. SIMPSON, PhD, is Academic Director of the Charles Perkins Centre and Professor in the School of Life and Environmental Sciences at the University of Sydney. He is the recipient of the Royal Entomological Society’s Wigglesworth Medal, The Eureka Prize, a Fellow of the Royal Society of London and a Companion of the Order of Australia. He has also been prominent in the media and television both in the UK and Australia, having appeared on National Geographic, Animal Planet and History Channels in the UK and also as the presenter of a four-part documentary series for ABC TV, Great Southern Land. He lives in Sydney, Australia.