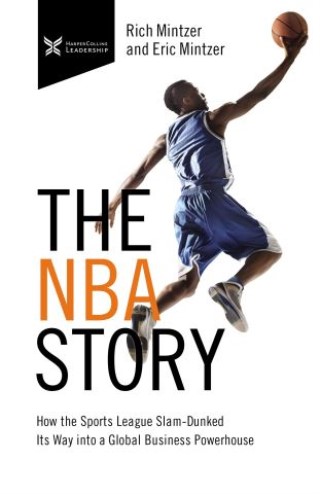 What can you learn from the most successful companies in the world? The NBA Story will help you understand and adopt the competitive strategies, workplace culture, and daily business practices that enabled the exciting basketball league to become the powerhouse it is today.

Today’s NBA is filled with larger-than-life figures, like LeBron James, James Harden and Stephen Curry, who effortlessly dominate the courts. But it wasn’t always so glamorous.

The multi-billion-dollar league has grown from humble roots into a sports powerhouse that is loved around the world due to savvy digital marketing and a global focus. Thanks to the popularity of individual players and team rivalries, the NBA has survived league mergers and financial crisis. Teams have earned the respect of millions of loyal fans who are dedicated to the success of each and every organization within the league.

Through the story of the NBA, you’ll learn:

Rich Mintzer is an author and ghostwriter with over 70 published non-fiction books to his credit. He started with a humor book that sold 100,000 copies and kept on writing. Rich has served as an editor at Warner Books, a television writer for the Rosie O’Donnell Show and USA Up All Night, a radio writer and producer, and is currently a writer for the ghostwriting firm, Kevin Anderson & Associates. Prior to the dot.com crash he also worked as a content editor/writer for several websites. He has been an NBA basketball fan for nearly 50 years.

Eric Mintzer is an avid sports fan from New York. He has covered the Knicks and Jets for Overtime Heroics, has been featured in the Northern Westchester Examiner and has assisted in sports research.  He loves playing basketball as well as writing.