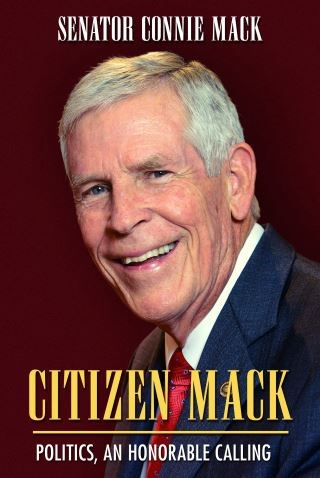 Citizen Mack: Politics, an Honorable Calling is former Republican US Senator Connie Mack III's memoir, detailing his life in the world of Washington DC politics, and where that lead him afterwards. From his beginning as a member of the House of Representatives from Florida through the 80s, to his escalation to a Senator for the duration of the 90s, Mack offers an inside look into the political culture and climate of the nation as it closed out the twentieth century and progressed into the twenty first. Readers will experience a thorough and honest account of what the world of Washington looks like, from a man whom George W. Bush wanted as his running mate; who took part in the debate over one of the country's most contentious Supreme Court Justice Appointments; whose voice mattered when it came to deciding whether to remove President Bill Clinton from office, following his impeachment by the House. All this and more Mack recounts as a once-politician, now-citizen: Citizen Mack.