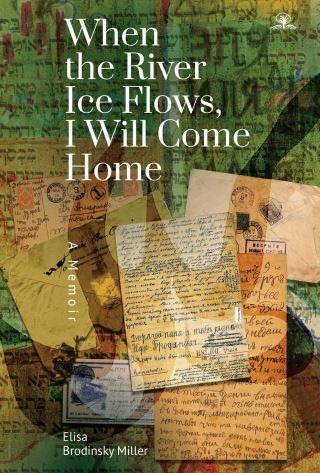 When the River Ice Flows, I Will Come Home

Shortly after her father’s death, Elisa Brodinsky Miller uncovered a cache of letters among his belongings. Written in Russian and Yiddish, with datelines in Tsarist and early Soviet Russia, the letters detail eight long years (1914-1922) during which Elisa’s father, his five siblings, and their mother spend apart from Elisa’s grandfather who had left for America, believing their separation would be short.

Miller, a Russian affairs specialist, learns bit by bit with each translation about the family she knew so little about, and the eight years of history they lived through, enabling her for the first time to connect her own experiences with those who came before her. This captivating memoir bridges the past with the present, as we learn about her grandparents’ struggles to escape Tsarist Russia, her parents’ hopes for their marriage in America, and her own reach for meaning and purpose: each a generation with dreams—first theirs, now hers.