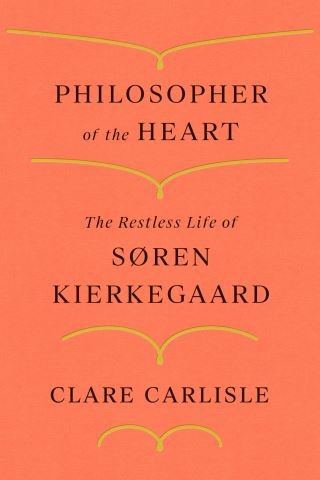 Philosopher of the Heart

The Restless Life of Søren Kierkegaard

Philosopher of the Heart is the groundbreaking biography of renowned existentialist Søren Kierkegaard’s life and creativity, and a searching exploration of how to be a human being in the world.

Søren Kierkegaard is one of the most passionate and challenging of all modern philosophers, and is often regarded as the founder of existentialism. Over about a decade in the 1840s and 1850s, writings poured from his pen pursuing the question of existence—how to be a human being in the world?—while exploring the possibilities of Christianity and confronting the failures of its institutional manifestation around him.

Much of his creativity sprang from his relationship with the young woman whom he promised to marry, then left to devote himself to writing, a relationship which remained decisive for the rest of his life. He deliberately lived in the swim of human life in Copenhagen, but alone, and died exhausted in 1855 at the age of 42, bequeathing his remarkable writings to his erstwhile fiancée.

Clare Carlisle’s innovative and moving biography writes Kierkegaard’s life as far as possible from his own perspective, to convey what it was like actually being this Socrates of Christendom—as he put it, living life forwards yet only understanding it backwards.

Clare Carlisle: Clare Carlisle is Reader in Philosophy and Theology at King’s College London. She is a regular contributor to the Times Literary Supplement and has written dozens of articles on philosophy for The Guardian. Her book, On Habit, was named an Outstanding Academic Title of 2014 by Choice, and she has recently edited George Eliot’s translation of Spinoza’s Ethics. She grew up in Manchester, studied philosophy and theology at Cambridge, and now lives in Hackney.