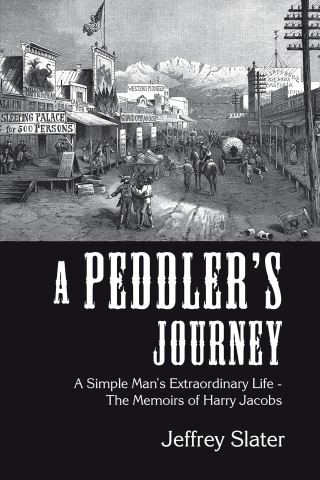 A Simple Man’s Extraordinary Life - the Memoirs of Harry Jacobs

In 1952, 77-year-old Harry Jacobs sat down to document his life story. He felt the desire to share his history with future generations before it was lost. The grandson of a tailor and son of a peddler, Harry’s tales take us to a time long forgotten. The Peddlers Journey begins with Harry’s escape from Czarist Russia at 15 years of age, finding himself in New York City with eight-cents in his pocket and settling in the Wild West. He shares his joys, struggles, love, adventures, and the personal conflict of “Old World” religious values in a New World. During his lifetime, he was fortunate to dine with Presidents and Governors and came to call many people, rich and poor, his good friends. His wealth would rise and fall, each time bringing him back to peddling. This is the story of a simple American immigrant who led a fortunate life during an adventurous time in America, where anything was possible.