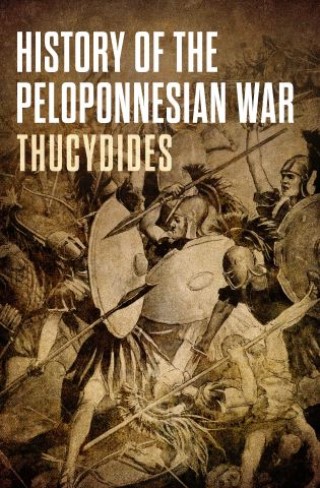 History of the Peloponnesian War

A thorough account of the war between Athens and Sparta by the historian who witnessed it.

The Peloponnesian League, led by Sparta, and the Delian League, led by Athens, went to war in 431 BC. The conflict lasted more than two decades, and Thucydides, who served as an Athenian general, wrote its definitive history: an account remarkable for both its objectivity and its focus on the humanity of the war rather than any intervention by the gods.

Though primarily a military history, this book also shines a great light on the political and social aspects of the ancient conflict, including its effect on civilians. Thucydides’s work is a landmark of historical scholarship that makes the events of the fifth century BC come vividly to life.